The Future of Remote Work

Before 2020, digital connectivity and personal technology were advancing quickly, and people were beginning to wonder, “Do we really need to be together, in an office, to do our work?” We found our answer in the lockdowns for the pandemic. Individuals, teams, and entire workforces can be productive while distributed differently. And they can do so with new challenges that are facing us. What are the implications of all-remote and majority-remote organizations for the future of knowledge-based work? Is work from any place (WFA) going to be around forever?

It is no doubt that the model can bring significant benefits to employers as well as their employees. Companies can eliminate the expense of real estate recruiting and employ international talent while reducing immigration concerns. Workers have greater flexibility in their geographic location (that means they can live wherever they want to live), reduce commutes, and have better work-life balance. There are concerns over how WFA impacts communication, such as brainstorming and problem-solving, sharing knowledge, socialization, friendship, mentorship, compensation, performance evaluation, and security of data and regulations.

If your business is contemplating transitioning or launching a WFA program, this article can serve as an overview.

A Brief Background of Remote Work

A significant shift away from co-located, traditional work to remote work started with the introduction of the 1970s of the Work-from-Home (WFH) policy. The policy let people abandon physical offices in favor of their residences, coworking spaces, or other places of community, including libraries and coffee shops, on occasion and on a daily time or a full-time basis in the hope that they would be in the office regularly. Employees were frequently allowed to control their work schedules, which allowed them to schedule school pick-ups, errands, or exercise during lunchtime without being perceived as skipping.

The use of WFH grew in the early 2000s. As authors Ravi S. Gajendran and David A. Harrison note in the 2007 paper, this trend was intensified by the necessity to conform to some of the laws, such as legislation such as the Americans with Disabilities Act of 1990, as well as the mandates by the U.S. Equal Employment Opportunity Commission.

One of the most striking aspects is the number of benefits workers get from these agreements. Many say they consider the ability to move wherever they want an advantage. For those who have dual careers, this eases the burden of trying to find two jobs in the same place. One patent examiner told me, “I’m a military spouse and reside in a society that has constant changes in my life and personal turmoil which prevent many spouses from having the chance to pursue long-lasting career paths of their own. WFA is by far the most effective telework system I’ve come across. It lets me accompany my husband anywhere in the U.S. state at a minute’s notice. I can also achieve my personal goals to help my family as well as society.”

WFA assists skilled workers with issues related to immigration and other obstacles to their ability to get high-paying jobs.

Some of the benefits generated by WFA are obvious. For instance, fewer in-office employees mean less space and less real estate expenses. The USPTO estimates that the increase in remote workers in 2015 saved the company $38.2 million. WFA programs also vastly increase the talent pool available to an organization by allowing employees to work from locations that are not part of the business. That’s the main reason for the introduction of TCS of the concept of secure borderless workspaces or SBWs. The company wants to ensure that people with the appropriate skills manage each project, regardless of where they are. A CEO claims it could enable the company to tap into specific markets for labor, such as Eastern Europe, with many experienced researchers and analysts in finance.

WFA organizations can potentially stop the brain drain, typically a problem for emerging markets, smaller towns, and remote locales. With a $10,000 offer for a move to Tulsa, the company received over 10,000 applications for just 250 slots from 2019 until 2020. Obum Ukabam was among the applicants selected. He coaches and mentors an aspiring college debate team while away from his task as a market director. The talented newcomers from various races are, in some ways, making the city more diverse. In addition, the changes in TCS and the USPTO, along with TCS, have brought many people back to their hometowns.

With its break areas and opportunities for informal and formal interactions, the office has been part of the daily routine for so long that it’s difficult to imagine a way to get out of it. Legitimate hurdles are in making all-remote work feasible but also productive. But the Covid-19 remote experiment has shown many knowledge-based organizations and their workers that these issues can be resolved with time and care.

If employees are scattered, the synchronous communication process becomes more difficult. Tools like Zoom, Skype, Microsoft Teams, and Google Hangouts can help people who work in similar or identical time zones, but not so much for those working in different time zones. Switching to daylight saving time resulted in a one to two-hour reduction in the business-hour overlap (BHO) between offices of a large global company. The volume of communications decreased by 9.2 percent, with the most significant reduction occurring for production employees. When BHO was higher, R&D staffers conducted more than planned synchronous phone calls. Group meetings are also difficult to plan. Nadia Vatalidis of GitLab’s People Operations group says having team members from Manila, Nairobi, Johannesburg, Raleigh, and Boulder makes finding a suitable time for their weekly call almost impossible.

Another concern frequently mentioned by both workers and managers is the possibility for individuals to feel lonely professionally and socially, disengaged from their colleagues and even the business itself, especially in workplaces with co-located employees. Research conducted by Cecily D. Cooper and Nancy B. Kurland has found that remote workers typically feel isolated from the communication flow they usually receive in a physical workplace. Without regular check-ins, managers might miss indications of a growing sense of stress or team dysfunction. Even when videoconferencing permits the reading of facial expressions and body language, the issue is that virtual employees will not be as likely to develop into close friends since their face-to-face interactions aren’t as frequent. GitLab’s technical ambassador Priyanka Sharma said, “I was very nervous when I first considered joining because I was extremely social in the workplace. I was afraid I’d be lonely in my home and not have that sense of community.” Houda Elyazgi, an executive in marketing who is part of Tulsa Remote’s Tulsa Remote team, expressed similar feelings: “Remote work can be quite lonely, especially for introverts. It’s almost like you have to make an effort to interact with others. You must remain ‘on’ every day regardless of whether you’re trying to unwind. That’s taxing.”

Security of Data and Regulations

Cybersecurity is an essential subject of concern for WFA companies and programs. “What if the WFA worker takes photographs of client data screens and sends them to a competitor?” one inquired. The CIOs at some firms with policies on remote work said an additional concern was employees using personal devices, which were not secure to work from home.

There is no doubt that all small businesses need to do more to safeguard employee, customer, and corporate data. As TCS shifts to a majority-remote model, it’s moved to “perimeter-based security” (whereby the IT team is trying to secure all devices). It has switched to “transaction-based security” (whereby machine learning algorithms look for suspicious actions on an employee’s laptop). MobSquad also replicates its security infrastructure on clients to WFA employees and workers. They can access the cloud of clients, their email, and other hardware at their offices due to security concerns.

Daniel Howard gives life to writing through the power of words. He is a blogger who spends most of his time writing articles for StudyCrumb’s blog. As an actual journalist, he writes essays that resonate with readers. 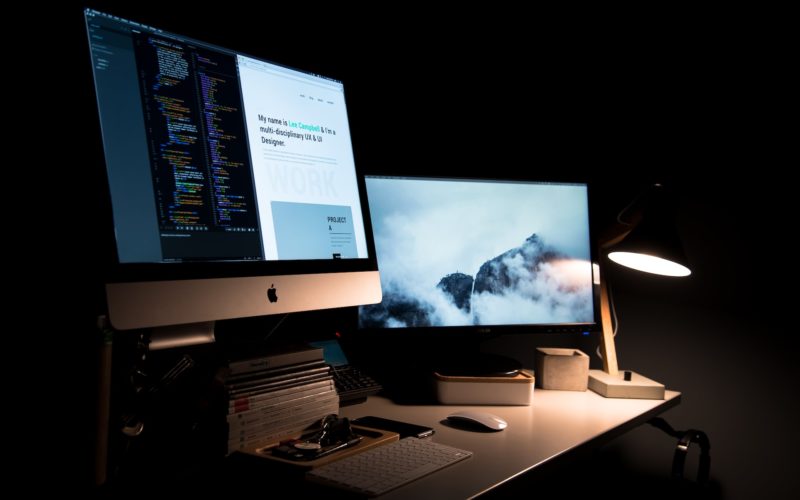 Online Businesses Can Be Vulnerable: How to Secure Yours?

As a business owner, you are probably well aware of the importance of security

Next
13 Writing Templates to Come up With Content Blazing Fast

13 Writing Templates to Come up With Content Blazing Fast 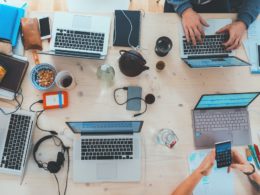 emote work is here to stay 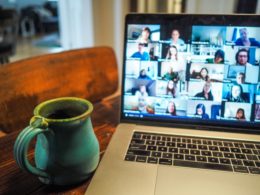 How to Run a Successful Virtual Meeting

businesses by allowing people to communicate remotely rather than traveling for

29 tools and resources from Product Hunt for cross-team collaboration

How to stay productive as a freelance web designer

Digital nomads and freelancers, in general, tend to face some very unique