Office design: the productivity pitfalls and how to fix them

Upon discovering the recent revelation that several of Apple’s employees had been walking into unmarked glass walls and panels in the company’s $5 billion headquarters, many of us found ourselves somewhere between slightly concerned and relatively amused. While the thought of people getting hurt is never funny (and thankfully no one was badly injured), the irony of the situation is palpable: even one of the world’s most forward-thinking companies can fall foul of office design that hasn’t been properly thought through.

Thankfully, this potentially life-threatening scenario isn’t one most employee will ever have to worry about (most of us don’t work in buildings in which every single pane of glass is curved and treated for optimum transparency…). But there are other pitfalls of poor office design that are more far-reaching than many office executives and facilities managers might realize.

While we might not be on the phone to the emergency services on a weekly basis, our working environments can have a big impact on our performance and our productivity. These two factors are linked in a variety of ways, so we’re taking a look at a few productivity pitfalls of poor office design, and how to fix them:

A lack of natural light 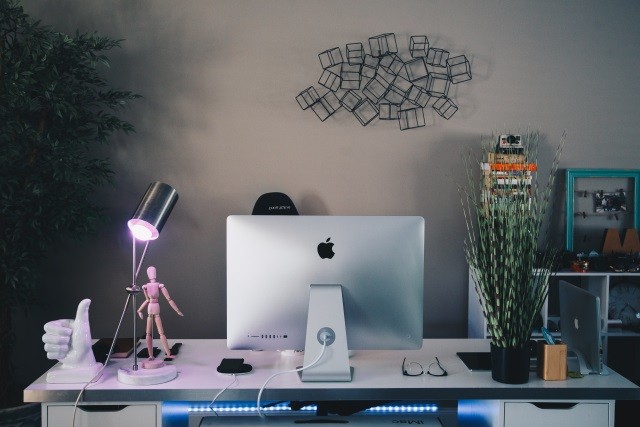 Natural light is absolutely vital to our overall physical and psychological well-being – but it’s also been found to be a key factor in our productivity. In recent decades, as we’ve learned more about our circadian rhythms and the way our bodies respond to daylight, we’ve also learned a lot about the impact it can have on our performance at work and school.

Exposure to natural light helps us concentrate and focus more effectively, improves our short-term memory, reduces eye strain, and broadly speaking improves our productivity (by up to 7.1%). Human beings are biologically designed to be exposed to natural light, and we work at our best when we get plenty of it.

One of the biggest problems with many modern offices is the lack of natural light exposure (known as ‘daylighting’) they offer the employees who use them. If an office doesn’t include a plentiful supply of natural light via windows, roof lights and other installations, occupants are effectively being denied the benefits of daylight – and productivity can suffer as a result.

In the most basic sense, it’s important to ensure a working environment features plenty of windows and other glass installations. If you’re in a position to facilitate the renovation of your workspace, try to prioritize the inclusion of natural light as much as possible, such as by adding windows or getting rid of partitions.

If you’re renting an office space, and aren’t able to instigate alterations on this scale, then choose one with plenty of glass. Specialist architectural glazing firms have found ways of maximizing natural light in interior spaces through the inclusion of things such as frameless glass walls or solar lighting tubes, and many modern shared offices now feature these types of installations.

In a worst-case scenario, in which you have no feasible access to natural light and no way of rectifying this, then opting for something such as a ‘lightbox’ (an electronic light that simulates daylight) as a source of light in the office is arguably the next best thing. 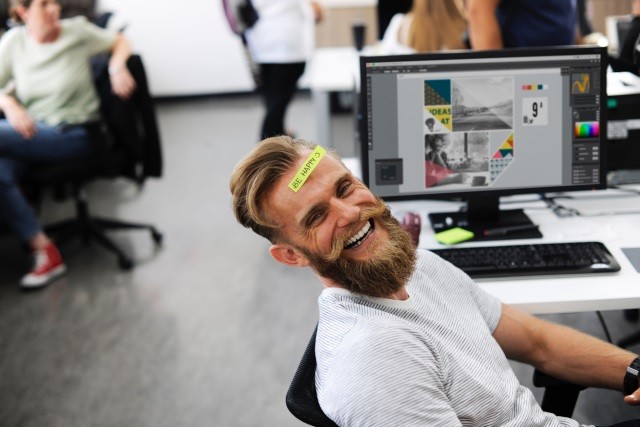 It’s widely recognized and accepted that most (if not all) of us don’t spend every second of our working day actually working. To perform at our best, the average person needs short, regular breaks. If we’re given the chance to take a minute – to make a coffee, go for a walk, or even just gaze out of the window for a second – before returning to the task at hand, we tend to actually perform better than if we had simply powered through.

While this may be true, there’s a stark difference between taking short pauses from an intense period of work and becoming distracted. When we’re typing away hard at work, if there’s something actively distracting in our line of sight – either constantly or intermittently – this can become a problem.

When it comes to visual distractions, office design can become something of a minefield. It’s hard to define the biggest culprits, and it can be difficult to create a space without elements that draw the eye of employees once too often.

Despite this, a few glaring errors still feature in many workspaces:

It’s important to consider all of the visual elements that could cause a distraction in your office, and find ways to avoid this. Try to ensure that desks and workstations are positioned in such a way that doesn’t facilitate members of the team becoming distracted by people walking past regularly.

Consider using things like visual dividers to obscure the view between desks (you might also consider cubicles, although these are often regarded as an outdated option). They shouldn’t prevent employees from seeing one another if they need to, but should at least offer a slight degree of seclusion that allows them to focus on their work.

When it comes to inherently distracting devices such as television screens, it’s important to keep these segregated from employee workstations. Screens can be one of the most distracting elements in an office, and they’re best kept in separate rooms or spaces from where your team works unless absolutely necessary.

Other, less obvious visual elements (such as the aforementioned use of color) are worth bearing in mind too but are likely to be more subjective. Whether it’s repainting the walls or adding a ping pong table, speak to your team before making any changes to the way your workspace looks, and ask them to be honest about whether or not they think a change would leave them struggling to maintain their focus. 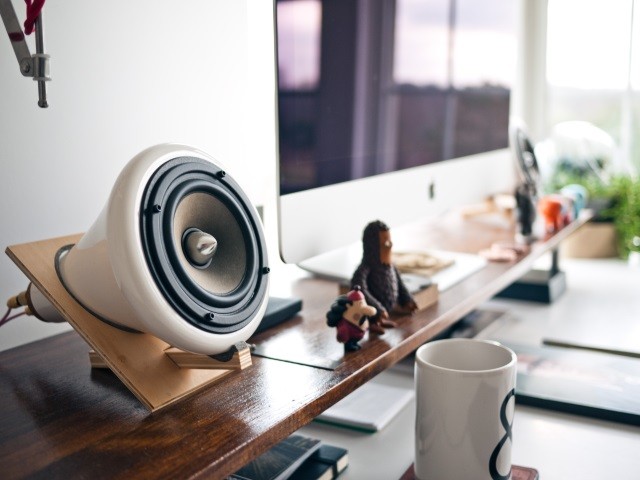 While ‘visual noise’ might be one of the key productivity pitfalls of poor office layout and design, it isn’t the only source of workplace distraction. When staff do manage to achieve that elusive sense of ‘flow’, and their eyes are firmly glued to their work, sounds can become an even bigger issue that sights.

Consistently high noise levels can cause some of the biggest issues. Whether from a multitude of sources, or a handful of louder emissions, a high overall dB level can irritate and distract staff, reducing productivity. In an office with inadequate noise dampening, everything from proximity to loud machines to an abundance of noisy colleagues can hamper efficiency.

Regularity is another element to how distracting a noise can be. Studies have shown that regular and consistent sounds (such as a ticking clock) are far easier to acclimatize to, whereas irregular noises are more jarring. This includes speech, which has been identified as one of the most distracting sounds, and the cause of some of the biggest dips in our ability to perform tasks effectively. They might be visually appealing, but open plan offices with no designated quiet spaces can be pretty distracting places.

The most effective tactics to use when reducing noise levels or combating intermittent auditory distractions will be determined by your specific office design – but a few techniques can be applied in a wide variety of situations.

If the issue lies on a fundamental level – i.e there are simply too many people working in a shared space or using noisy tools, and things are just consistently too loud – then it may be a good idea to install a noise reducing or dampening system. It can even be a good idea to introduce soundproofing to sections of your working environment.

Whether this means entire rooms, or the increasingly popular ‘pods’ for solo work, setting aside specific areas for quiet focus can help in a big way. Encouraging staff to use these spaces any time they are struggling to get things done can increase productivity – and giving your team this autonomy over where they work can even boost morale.

On a more fundamental level, try to take stock of the machines and other workplace paraphernalia that produce noise either constantly or when in use. Once you know where noise is coming from, at which times and from which people, you can reorganize and isolate them in separate spaces where they’re less likely to distract staff. 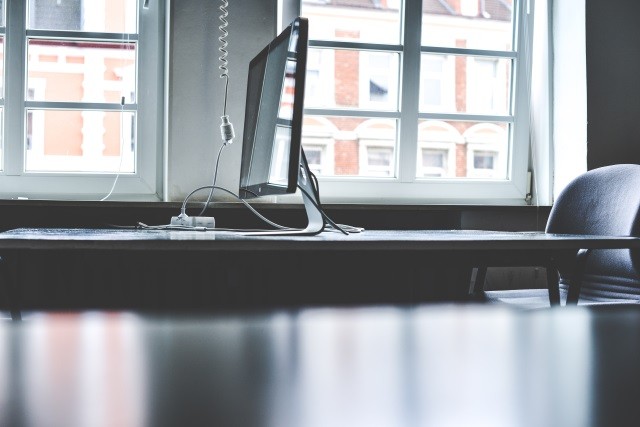 Absenteeism – i.e. the practice of staying away from work (either for valid reasons such as illness, or due to simply not wanting to be there) – has become an increasingly pressing problem in the modern workplace, and there’s evidence to suggest that office design could be a contributing factor.

Fundamentally, employees only tend to stay home for one of a few reasons, which usually involve problems with their physical or mental health. Something facilities managers and employers should pay attention to is how their office spaces could be contributing to this.

Enclosed spaces can easily become incubators for viruses and other airborne illnesses. As soon as one member of staff is struck down with the flu, a badly organized office layout can mean it’s only a matter of time before the rest of the team are absent with the same bug.

What’s even more concerning is how office design might not only be propagating these issues but possibly even preventing them from resolving. Stuffy offices with sub-par air ventilation and outdated or poorly maintained water or hygiene facilities can prevent staff from getting better quickly, and in the worst case even cause illness.

It’s also important to note the role that stress, anxiety, and other mental health issues have to play on absenteeism, and how these relate to office design. A poorly designed workplace can cultivate a culture of stress; if employees have no access to things like quiet spaces, natural light, and warm friendly environments, then it can be hard to de-stress – and issues such as anxiety can quickly worsen.

This is a slightly more complex issue, and the best way to combat absenteeism through office design is to take steps to prevent it in the first place. On a basic level, make sure your interior office climate is comfortable. A well maintained central heating or air conditioning system will go a long way to improving both temperatures and ventilation.

Check that all water supply systems are treated for legionella, and that toilets are kept in good working condition. Ensure too that things like toilet roll, hand sanitizers, and soap are always in plentiful supply. It’s also a good idea to offer paper towels for hand drying, rather than electronic hand dryers, as these have been found to be more hygienic.

When it comes to the mental wellbeing of your employees, taking steps to make sure the office design cultivates a positive atmosphere is also a good idea. A variety of workstations, quiet spaces, and environments with character (rather than oppressive, cubicle-ridden office floors) can all contribute.

Whichever methods you choose, finding new ways to integrate a healthy and supportive atmosphere into the physical design of your office will go a long way to ensuring your workspace isn’t contributing to absenteeism.

James is the chief content writer for Cantifix, a structural glazing firm based in London, who work to create some of the most innovative glass installations on the market – enabling everyone to reap the benefits of natural light.

The most impressive redesign examples of the brands you love

Learn more about the most impressive redesign examples

Next
How to motivate yourself to work from home

How to motivate yourself to work from home 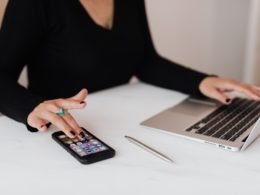 Both personally and professionally, we are often tasked with taking on projects,

Apply these secret strategies to increase productivity at workplace

What makes an office space great?

Effective Methods To Perform A 360 Review For Achieving Employee Productivity

Employee productivity, morale and health have become the crucial factors to